The ancient wisdom of mindfulness is now becoming a modern mainstream sensation. More and more people are discovering the profound benefits of regular practice and mindfulness is the latest buzz word in the world of psychotherapy, sports psychology, music, and the arts.

Mindfulness is an effective treatment for depresssion, stress, anxiety, anger problens, post traumatic stress disorder, pain management and is being recommended as a treatment of choice for numerous other mental and physical heal issues. It is taught on business management courses at Harvard and is practised enthusiastically by top developers at both Google and Microsoft to aid creativity, develop insight and an new ideas. Mindfulness is finding it's way into schools, colleges, hospitals and even prisons, there's a mindful revolution happening and we'd like you to be part of it.

Until quite recently, mindfulness was associated with Zen Buddhism, Taoism, and many other schools of meditation, but now there are lot's of secular forms of mindfulness and in truth you don’t need to be a believe anything to practice mindfulness. Here at The Now Project, we aren’t Buddhist, Taoist or anything else for that matter and we are certainly not monks I can assure you! Mindfulness is for anyone regardless of age, race, culture or religion, in fact when you really get into it you'll discover that mindfulness transcends all of that.

Mindfulness isn't a belief, it isn't a technique, it's not a theory and it's certainly not a branch of psychology. Mindfulness is a way of living, a way of experiencing the world and a way of understanding yourself, others and ultimately the universe and your place in it. 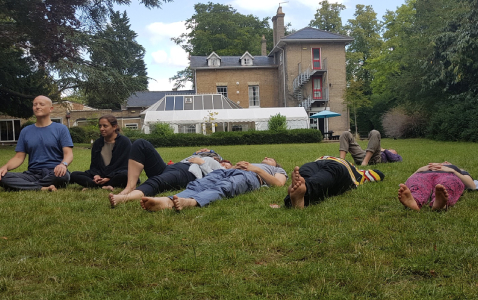 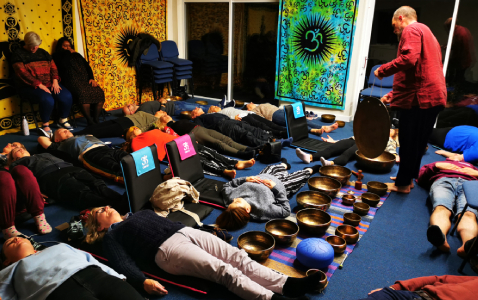 We'll teach you some simple techniques and basic principles that help you achieve a heightened alertness and focus; this helps you to calm your mind and allows you to access a peaceful, relaxed, but highly awake and intelligent state of being called mindfulness. It’s a wonderful experience to turn down the noise and find some inner peace and rest from the chatter in your head, it’s absolutely liberating to cultivate some mindfulness, but that's only the start of a wonderful journey of learning and exploration.