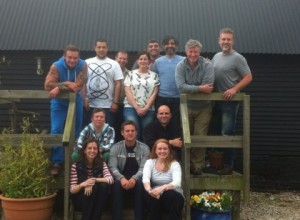 We’ve never had such a conscious bunch before and some of them had been drawn half way across the country to be part of this.  The most unlikely bunch of people to find on a meditation retreat, there wasn’t a hippy amoungst them. Full time mums, professionals, conceptual artist, musicians, and a very awakened tatoo artist from the West Midlands and his equally unlikely mate. The most ordinary, extra ordinary people you’ll be likely to meet.

For the first time ever, we had more men than women as guests. Our retreats are usually mostly women, about 2 women for each man, and judging by the bookings we’ve had for the forthcoming retreats I’m expecting a similar mix for the rest of the summer. With a more even balance of the masculine this retreat made for an intersting energy. Richard mentioned at our previous retreat how he’d always wanted to do a more male retreat so perhaps he manifested it. – He’s making rather a habit of that!

Astrologically Friday night was very important and I’m sure that this contributed to the energy of the retreat. Friday was the summer solstice,  the highest point the sun reaches in the northern hemisphere,  the point where the sun is closest to us and largest in the sky. Friday night also marked the point where the moon came closer to the earth than you will see in your lifetime, it was a full moon too, and it was spectacular. The suns energy (mascline) and the moon energy (feminine) where intense. I’m not an astrologist, but it stands to reason to me that these things are hugely significant. Physicists tell us that from the smallest atom to the largest galaxy everything manifests from the quantum field, a vibrating field of nothingness through which everything is connected.

Look out into space, into the infinitely big universe, its a fantastic meditation, you’ll find planets stars and things, but nearly all of it is empty space and you are in truth looking out into nothingness. If you look into things at an atomic level into the infinitely small and you’ll find a whole universe within too; nucleus, electrons,  protons,  quarks anti quarks, and strange things that pop in and out of existence, but pretty much all of it is empty space. Inner space, outer space, space is space, nothing, is nothing,  within and without. What has this physics essay got to do with our last retreat? Well everything, we are not separate from anything out there, our foundations arise from the space. Indeed I would go further and suggest that maybe, in truth there is no out there, and the sages of old were onto to something when they claimed that the whole universe arises from within.

So you see, there may be no coincidence that the gender mix was what it was,  and that many of our guests were already so awake consciously. The stars foretold it, the energetic environment was right for it and we just went along with it 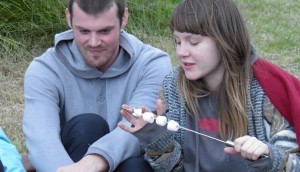 We hadn’t even started when the penny dropped for one of our guests. Isn’t it funny how so often its the people who don’t think they’ll get it who really do? We we were sitting round the campfire, under that amazing moon, playing a round of the “appreciation game”. It’s a mindfulness game that teaches you how to appreciate the moment, and it goes like this. Each person in turn chooses something they really appreciate here now in the moment. One person started, “I appreciate that shiny full moon”, then the next, “I appreciate the smell of the wood smoke”, ” I appreciate the warm company” , and so on. You can play this game for hours and you’ll still be finding new things to appreciate in the moment. But it only took two rounds before the lady next to me turned and  said “I get it “! You don’t need to make your life perfect,  you just need to appreciate how perfect life is” – now isn’t that the truth!  We’d only been there an hour and we’ve had one life changing realisation already.

Saturday followed a similar pattern,  I did try to slow it down,  I promise.  but the teaching flowed, as it does, and in truth I’ve never been in control of it anyway, so after a sudden introduction, in no time everyone was well anchored in a deep state if presence. I just love that expression of people’s faces when the penny drops and they realise that they’ve been making their drama up and they don’t need to do that anymore. This of course was not a new revelation to some of our guests, but wonderfully reaffirming all the same.

Over the weekend I watched the stress drain away and each of our guests opening up to new possibilities and I know that when they take these ideas home and practice that transformation will grow, and even if they only had a brief glimpse a seed has been sown and awareness will flower.

Richards Sunday morning chi kung lesson was as amazing as always. The standing meditation exercises that Richard demonstrated at the start of the session open up all the main energy meridians of the body. They are always a great start to the day, and they prime the pump for the rest of the retreat.

Sunday is the more challenging of the two days. We go deeply into the body and that can mean feeling! Feeling what we have been repressing, feeling that part of ourselves that we’ve kept hidden.  This can be a little frightening but is ultimarely so liberating, because by bring into the light of awareness that part ourselves of which we were previously unconscious, we take away its power to drive our and form our experience.  We free ourselves of our hidden conditioning and the shadow it creates and begin to behave more consciously in the world.

This of course is karmic resolution because as you heal within you heal without, you heal through your actions behaviour and demeanour, you tred more softly in the world you touch people with your presence and the world reflects back at you. – Revolutionary eh?

If I haven’t completely put you of coming yet, then you are mad enough to get this and you’ll get a lot from joining us on retreat.  The next one on 13th and 14th July is fully booked but we still have a few place left on the last three retreats. I won’t often say this but, be quick if you want to join us on retreat this summer there aren’t many spaces left. 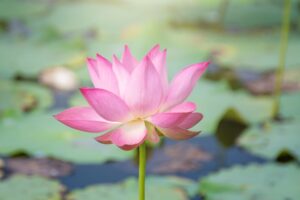 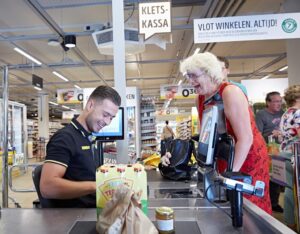